A downloadable game for Windows

A nanomachine-infused synthetic being bred as part of a project to develop humanoid weapons, Jenna Delgado was the last in her series. When she learned the true scope of her reason for being--to be used as both bodyguard and concubine to the highest bidder--she managed to escape the project and vowed to use her superhuman abilities to protect the innocent, as the super heroine Jet Dancer.

But the evil head of the project, Serin Drakonis, has found her, and, determined to take her back under his control, has unleashed his machine army--and Jenna's predecessors--to bring her to heel.

Jet Dancer must now fight to protect her own quality of life, and put an end to the project once and for all.

Jet Dancer is a retro-inspired, hand-drawn action platforming game featuring a strong and sexy heroine inspired by games of the 80s and 90s. I started the project using Game Maker many years ago, and have since moved to Construct 2, and now Construct 3.

This is a work in progress of the game featuring my early attempt at a tutorial layout, a cutscene, and the first couple of levels. The game can be played with either keyboard or Xbox (or equivalent) gamepad. The instructions are accessible within the game.

I love feedback and constructive criticism! Please try the game and let me know what you think!

Nice to see the progression of the development over time!

Controls are fluid, artworks and animations are absolutely fine and I appreciated that there are new animations/art since the last demo.

I haven't encountered major issues. A very minor thing I noticed is that when you go to the next stage, if your healthbar is not full it triggers the healthbar animation just as if you get hit. It's a bit scary when your healthbar is low but has no impact on actual gameplay.

I found it slightly hard to kill enemies without getting hit at first playthrough. Maybe I'm just bad ( that's a serious option :D ) but when I got my attacks buffed with powerups and was able to kill enemies in just two hits the difficulty felt just right.

Regarding powerups, I was barely able to pick them up. Do you have to actually press a key to get them? Or can you pick them up just by touching them? And do you lose them when you get to another stage? I felt like the basic enemies were getting stronger from a room to another, just like the powerups were lost after I finished a previous stage.

Thanks for taking time to play my demo again! I appreciate it!

I should definitely find a way to inform players that they have to crouch and hit power-ups to collect them. I did this because just collecting them on collision would have made it hard for the player to see what they were getting in the midst of combat (although in retrospect I'm not sure it matters since all of them are beneficial). Yes, you do lose power-ups as the stage ends--none of them last longer than a few seconds, and I found a bug in my code that makes them stay on permanently if the player clears the stage with a power-up active, so I chose to shut them off during the transition.

As for the challenge of avoiding damage, there are ways. The enemies don't get any stronger or weaker, and their behaviors are very exploitable (there are other moves the player can do that may help). The player character does get stronger at times. I just realized that's something else I have to find a way to explain: there's a gauge under the health bar that builds up as the player strikes enemies, and she can 'level up' and deal more damage, but getting hit reduces the gauge. It peaks at level 3, indicated by the player sprite flashing, and she deals much more damage, but it's temporary and goes back to the baseline after a while.

One key to success in the game is learning how to use Dash Kick and Stomp to kick off enemies and keep bouncing off targets, staying mobile. This is something that I'd hoped players would pick up on their own through gameplay, but I may have to find a way to train that as well. Perhaps I should make some challenge rooms or some kind of test.

Thanks again for the feedback. I am going to consider a different way for the player to grab powerups (which are coded to spawn more frequently if the player takes damage more often). As an old-school gamer who grew up without tutorials myself, I leaned toward telling the player less and letting them figure out things more, but I may need to consider a finer balance.

Good stuff! I really like the art! Animations look nice and gameplay is more or less fluid. Any downloadable version coming?

Thanks for checking it out! I have a bit more progress than I've shown here, but it's rather unorganized and not ready for the big time just yet. I was looking to get some outside feedback on the general feel of the visuals, gameplay, etc. before devoting more time and resources into it. 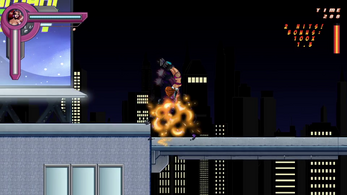 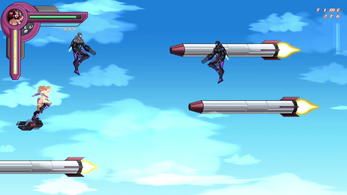 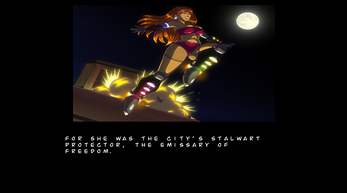 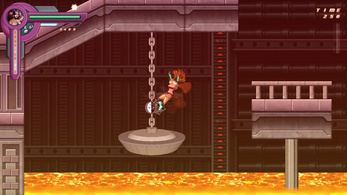 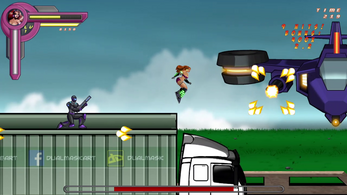